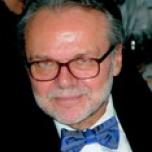 EZIO BIGLIERI was born in Aosta (Italy). He received his formal training in
Electrical Engineering at Politecnico di Torino (Italy), where he
received his Dr. Engr. degree in 1967. He is presently  an honorary professor at
Universitat Pompeu Fabra, Barcelona, Spain. Previously he was a
Professor at the University of Napoli (Italy), at Politecnico di
Torino, and at UCLA.

Among other honors, in 2000 he received the IEEE Third-Millennium
Medal and the IEEE Donald G. Fink Prize Paper Award, in 2001 the
IEEE Communications Society Edwin Howard Armstrong Achievement
Award, and in 2004 the Journal of Communications and Networks Best Paper
Award. He is a Fellow of the IEEE.