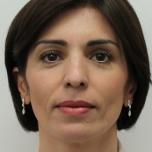 I received the B.E. and M.E. degrees in electrical engineering from Sharif University of Technology, Tehran, Iran, in 1995 and 1997, respectively, and the Ph.D. degree in electrical engineering from The University of New South Wales, Sydney, Australia, in 2006. From 1997 to 2002, I worked as a Research Engineer and then as a Senior Research Engineer at Iran Communication Industries (ICI) in Tehran, Iran and
at Deqx (formerly known as Clarity Eq) in Sydney, Australia.

I am currently a Professor at the University of New South Wales, Canberra, Australia. I have visited various research institutes, including the Institute for Communications Engineering, Technical University of Munich, from April to June 2008 and MIT from February to May 2009. My research interests include data privacy, information theory, index coding, and wireless communications systems.