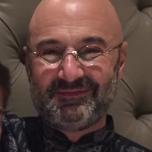 Alexander Vardy (S'88-M'91-SM'94-F'99) was born in Moscow, U.S.S.R., in 1963. He earned his B.Sc. ( summa cum laude ) from the Technion---Israel Institute of Technology, in 1985, and Ph.D. from the Tel-Aviv University, Israel, in 1991. During 1985--1990 he was with the Israeli Air Force, where he worked on electronic counter measures systems and algorithms. During the years 1992 and 1993 he was a Visiting Scientist at the IBM Almaden Research Center, in San Jose, CA. From 1993 to 1998, he was with the University of Illinois at Urbana-Champaign, first as an Assistant Professor then as an Associate Professor. He is now a Professor in the Department of Electrical Engineering, the Department of Computer Science, and the Department of Mathematics, all at the University of California San Diego (UCSD). While on sabbatical leave from UCSD, he has held long-term visiting appointments with the Centre National de la Recherche Scientifique (CNRS), Sophia-Antipolis, France, the École Polytechnique Fédéerale de Lausanne (EPFL), Switzerland, and the Technion, Israel.

He received the Levi Eshkol and the Rothschild Fellowships in 1990 and 1992, respectively, an IBM Invention Achievement Award in 1993, and NSF Research nitiation and CAREER awards in 1994 and 1995. In 1996, he was appointed Fellow in the Center for Advanced Study at the University of Illinois, and received the Xerox Award for faculty research. In the same year, he became a Fellow of the David and Lucile Packard Foundation. He received the IEEE Information Theory Society Paper Award for the year 2004. In 2005, he received the Fulbright Senior Scholar Fellowship, and the Best Paper Award at the IEEE Symposium on Foundations of Computer Science (FOCS). During 1995-1998, he was an Associate Editor for Coding Theory and during 1998-2001, he was the Editor-in-Chief of the IEEE Transactions on Information Theory . He was an Editor for the SIAM Journal on Discrete Mathematics during 2003-2008. He has been a member of the Board of Governors of the IEEE Information Theory Society from 1998 to 2006.