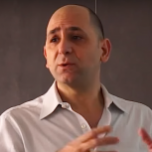 In 2002 he was awarded the Manning endowed assistant professorship ; in 2004 he was awarded the Sloan Foundation Research Fellowship ; in 2005 he was awarded an honorary Master of Arts Degree Ad Eundem by Brown University ; in 2009 he was awarded a two-year Marie Curie Fellowship ; in 2011 he was elevated to the grade of IEEE Fellow . He has published over 40 journal articles in leading international journals and over 90 conference papers in the top international conferences in his field. He also holds two U.S. patents. He has been a plenary speaker in several conferences and has given invited lectures in many international meetings as well as in various departments in leading institutions around the world, including M.I.T., Berkeley, Stanford, Columbia University and Cambridge University. He has served on the editorial board of the American Mathematical Society's Quarterly of Applied Mathematics journal, the IEEE Transactions on Information Theory , Springer-Verlag's Acta Applicandae Mathematicae , Springer-Verlag’s Lecture Notes in Mathematics book series, and the online journal Entropy . He has served as a chair or member of the program committee of numerous IEEE conferences, and he also served a short term as Editor-in-Chief of the IEEE Transactions on Information Theory .