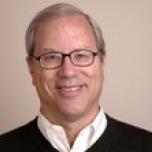 From 1965-99 he was with the Codex Corporation, which was acquired by Motorola, Inc. in 1977, and its successor, the Motorola Information Systems Group, Mansfield, MA.  Since 1996, he has been an Adjunct Professor at M.I.T.

Dr. Forney was Editor of the IEEE Transactions on Information Theory from 1970 to 1973.  He has been a member of the Board of Governors of the IEEE Information Theory Society during 1970-76, 1986-94, and 2004-, and has been President twice, in 1992 and 2008.  He has been awarded the 1970 IEEE Information Theory Group Prize Paper Award, the 1972 IEEE Browder J. Thompson Memorial Prize Paper Award, the 1990 and 2009 IEEE Donald G. Fink Prize Paper Awards, the 1992 IEEE Edison Medal, the 1995 IEEE Information Theory Society Claude E. Shannon Award, the 1996 Christopher Columbus International Communications Award, and the 1997 Marconi International Fellowship.  In 1998 he received an IT Golden Jubilee Award for Technological Innovation, and two IT Golden Jubilee Paper Awards.  He received an honorary doctorate from EPFL, Lausanne, Switzerland in 2007.  He was elected a Fellow of the IEEE in 1973, a member of the National Academy of Engineering (U.S.A.) in 1983, a Fellow of the American Association for the Advancement of Science in 1993, an honorary member of the Popov Society (Russia) in 1994, a Fellow of the American Academy of Arts and Sciences in 1998, and a member of the National Academy of Sciences (U.S.A.) in 2003.