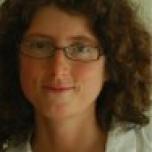 Natasha Devroye is a Professor in the Department of Electrical and Computer Engineering at the University of Illinois at Chicago (UIC), which she joined in January 2009. From July 2007 until July 2008 she was a Lecturer at Harvard University. Dr. Devroye obtained her Ph.D in Engineering Sciences from the School of Engineering and Applied Sciences at Harvard University in 2007,  and a Honors B. Eng in Electrical Engineering from McGill University in 2001.   Dr. Devroye was a recipient of an NSF CAREER award in 2011 and was named UIC's Researcher of the Year in the ``Rising Star'' category in 2012. She has been an Associate Editor for IEEE Transactions on Wireless Communications, IEEE Journal of Selected Areas in Communications, the IEEE Transactions on Cognitive Communications and Networking, and the IEEE Transactions on Information Theory. Her research focuses on multi-user information theory and applications to cognitive and software-defined radio, radar, relay and two-way communication networks.