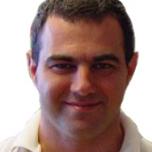 Igal Sason received the B.Sc. and Ph.D. degrees in electrical engineering from the Technion - Israel Institute of Technology, Haifa, Israel, in 1992 and 2001, respectively. During 1993-1997, he worked in Israel as a communication engineer. During 2001-2003, he was a scientific collaborator at the School of Computer and Communication Sciences at EPFL, Lausanne, Switzerland. Since October 2003, he has been a faculty member at the  Electrical Engineering department of the Technion - Israel Institute of Technology, where  he is currently a professor. His research interests are in information theory. He is especially interested in Shannon theory, information theory and statistics, information measures, and the performance/ complexity analysis of capacity-approaching linear error-correcting codes . He is a co-recipient of the 2003 IEEE Communications and Information Theory Joint Paper Award. He is a member of the editorial board of the IEEE Transactions on Information Theory: Associate Editor for Coding Theory, Feb. 2008 - Feb. 2011; Associate Editor at Large, May 2014 - Dec. 2017; Executive Editor, July 2018 - Dec. 2019.  He was a program co-chair of the 2013 IEEE International Symposium on Information Theory.