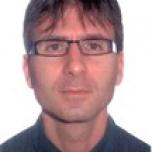 Angel Lozano was born in Manresa, Spain, in 1968. He received the Engineer degree in Telecommunications from Universitat Politècnica de Catalunya (UPC), Barcelona, Spain, in 1992 and the Master of Science and Ph.D. degrees in Electrical Engineering from Stanford University, Stanford, CA, in 1994 and 1998, respectively. Between 1996 and 1998 he worked for Pacific Communication Sciences Inc. and for Conexant Systems in San Diego, CA. Between 1999 and 2007 he was with Bell Laboratories (Alcatel-Lucent) in Holmdel, NJ. Since January 2008 he is with Universitat Pompeu Fabra (UPF) in Barcelona, Spain. He has authored over 80 technical journal and conference papers, one of them award-winning, holds 15 patents, and has contributed to several books. Dr. Lozano is a senior member of the IEEE and, since October 1999, he has served as associate editor for the IEEE Transactions on Communications. He has guest-edited various other IEEE and non-IEEE special issues and is actively involved in committees and conference organization tasks for the IEEE. He has further participated in standardization activities for 3GPP, 3GPP2, IEEE 802.20 and the IETF. Since 2005, he is also an Adjunct Associate Professor of Electrical Engineering at Columbia University, New York, NY.