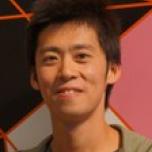 I-Hsiang Wang received the Ph.D. degree in electrical engineering and computer sciences from University of California at Berkeley, USA, in 2011. From 2007 to 2011, he was affiliated with Prof. David Tse's group in Wireless Foundations, Berkeley. From 2011 to 2013, he was a postdoctoral research fellow in the School of Communication and Computer Sciences in École Polytechnique Fédérale de Lausanne (EPFL), Switzerland. In Fall 2013, he joined National Taiwan University, where he is now an assistant professor.

Dr. Wang received a 2-year Vodafone Graduate Fellowship in 2006. He was a finalist of the Best Student Paper Award of IEEE International Symposium on Information Theory, 2011.