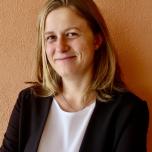 M. Cardone joined the Electrical and Computer Engineering Department at the University of Minnesota as an Assistant Professor in January 2018. From November 2017 to January 2018 she was a post-doctoral associate within the same department. From July 2015 to August 2017, she was a post-doctoral research fellow in the Electrical and Computer Engineering Department at UCLA Henry Samueli School. She received her B.Sc. and M.Sc. from Politecnico di Torino in 2009 and 2011, respectively. As part of a Double Degree program, in 2011 she also earned a M.Sc. from Télécom ParisTech - EURECOM. In April 2015, she received her Ph.D. in Electronics and Communications from EURECOM - Télécom ParisTech.

Department of Electrical and Computer Engineering