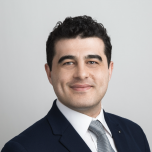 Onur received the B.Sc. degree (Highest Distinction) in Electrical and Electronics Engineering from Bilkent University, Turkey in 2011; M.Sc. (Highest Distinction) and Dr.-Ing. (Ph.D. equivalent) degrees in Communications Engineering both from the Technical University of Munich (TUM), Germany in October 2013 and November 2018, respectively. Onur was a Working Student in the Communication Systems division of Intel Mobile Communications (IMC), now Apple Inc., in Munich, Germany during November 2012 - March 2013. He worked as a Research and Teaching Assistant at TUM between February 2014 - May 2019. Onur was a Visiting Researcher, among more than ten Research Stays at Top Universities and Companies, at TU Eindhoven, Netherlands during February 2018 - March 2018 to visit Prof. Frans M. J. Willems, and later at Georgia Institute of Technology, Atlanta, USA during February 2022 - March 2022 to visit Prof. Matthieu Bloch. He was a Research Associate and Dozent between June 2019 - September 2020 and was a Research Group Leader and Dozent between October 2020 - March 2021 at TU Berlin, and he held the same academic titles at Chair of Communications Engineering and Security at University of Siegen, Germany from April 2021 until September 2022. Onur has been working as an ELLIIT Assistant Professor at Linköping University, Sweden in the Information Coding Division since October 2022. He has been a Brain City Berlin Ambassador since June 2020, received the prestigious VDE Information Technology Society (ITG) 2021 Johann-Philipp-Reis Award, and been selected by the IEEE Communications Society as 2021 Exemplary Reviewer of the IEEE Transactions on Communications (TCOM). His research interests include information theoretic privacy and security, coding theory, statistical signal processing for biometrics and physical unclonable functions (PUFs), private (federated) learning and function computations, and doubly-exponential (secure) identification via channels. Among his publications is the book Key Agreement with Physical Unclonable Functions and Biometric Identifiers (Dr. Hut Verlag, 2019). He is currently an Associate Editor of EURASIP JOURNAL ON WIRELESS COMMUNICATIONS AND NETWORKING and ENTROPY Journal and a Reviewer Board Member of COMPUTERS and INFORMATION Journals, and recently was a Guest Editor of IEEE JOURNAL ON SELECTED AREAS IN INFORMATION THEORY.