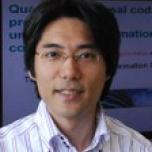 He worked in Kyoto University as a Research Fellow of the Japan Society of the Promotion of Science (JSPS) from 1998 to 2000,
and worked in the Laboratory for Mathematical Neuroscience,
Brain Science Institute, RIKEN from 2000 to 2003,
and worked in ERATO Quantum Computation and Information Project, Japan Science and Technology Agency (JST)
as the Research Head from 2000 to 2006.
He also worked in the Superrobust Computation Project Information Science and Technology Strategic Core (21st Century COE by MEXT) Graduate School of Information Science and Technology, The University of Tokyo as Adjunct Associate Professor from 2004 to 2007. In 2006, he published the book "Quantum Information: An Introduction'' from Springer.
In 2007, he joined the Graduate School of Information Sciences, Tohoku University as Associate Professor.
He also worked in Centre for Quantum Technologies,
National University of Singapore as Visiting Research Associate Professor from 2009.
He is on the Editorial Board of International Journal of Quantum Information and International Journal On Advances in Security.
His research interests include quantum information theory, quantum statistical inference, and Shannon Theory.