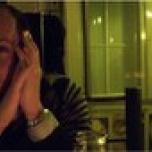 His research interests are in physical and information-based foundations of communication and control of dynamical systems. He is a co-author of the book ``Random Networks for   Communication'' (2007) and author of ``Wave Theory of Information'' (2018), both published by Cambridge University Press.

He was awarded the C. H. Wilts   Prize in 2003 for best doctoral thesis in electrical engineering at
Caltech; the S.A.  Schelkunoff Award in 2005 for best paper in the IEEE Transactions on Antennas and Propagation, a National Science   Foundation (NSF) CAREER award in 2006, an Office of Naval Research   (ONR) Young Investigator Award in 2007, the IEEE Communications Society Best Tutorial Paper Award in 2010, and the IEEE Control   theory society Ruberti young researcher award in 2012. He has been elected fellow of the IEEE in 2018, and  Guggenheim Fellow for the natural sciences, engineering, in 2019.

Department of Electrical and Computer Engineering

University of California at San Diego