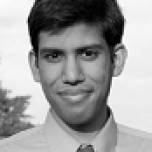 University of Illinois at Urbana-Champaign

This tutorial highlight a potential role for information theorists in ensuring the continuation of Moore’s Law, which has been the driving force behind the exponential growth of the semiconductor industry for the past five decades.

Today, energy efficiency and reliability challenges at the end of the CMOS roadmap and in beyond-CMOS nanoscale technologies threaten the continuation of Moore’s Law. With low‐level device and circuit solutions running out of steam, there is growing interest in bringing inspiration from Shannon information theory. The idea is to have a statistical information processing framework that treats the problem of energy‐constrained computing on unreliable fabrics akin to information transfer over a noisy channel and seeks to transform computing from its deterministic roots to statistical information processing. Key elements of this framework are the use of information theory to determine fundamental limits on information processing capacity given unreliable nanoscale fabrics, and further to use statistical detection, estimation, and machine learning principles to design robust subsystems and programming models for computation, communication, and storage.

The tutorial will discuss stochastic models of nanoscale devices; provide examples to demonstrate current circuit and system design principles; present important open questions in statistical information processing; and suggest several information-theoretic techniques that may be relevant. The tutorial is largely based on work completed in the five-year ($30M) Systems on Nanoscale Information fabriCs (SONIC) center, one of the six SRC STARnet Centers, sponsored by MARCO and DARPA .

Lav R. Varshney is an associate professor in the Department of Electrical and Computer Engineering, with further appointments in computer science, neuroscience, industrial engineering, and digital agriculture, all at the University of Illinois at Urbana-Champaign. He received the B. S. degree with honors in electrical and computer engineering (magna cum laude) from Cornell University, Ithaca, New York in 2004. He received the S. M., E. E., and Ph. D. degrees in electrical engineering and computer science from the Massachusetts Institute of Technology (MIT), Cambridge in 2006, 2008, and 2010, respectively. He was a research staff member at the IBM Thomas J. Watson Research Center, Yorktown Heights, NY from 2010 until 2013. He was a postdoctoral associate and research assistant in the Signal Transformation and Information Representation Group in the Research Laboratory of Electronics, a National Science Foundation graduate research fellow, and a research assistant in the Laboratory for Information and Decision Systems at MIT. He was an instructor in the MIT Department of Electrical Engineering and Computer Science in Spring 2009 and a teaching assistant in Fall 2006. He was a visitor at the Laboratoire de Théorie de l'Information and the Laboratoire de Théorie des Communications at the École Polytechnique Fédérale de Lausanne, Switzerland in 2006, a visiting scientist at Cold Spring Harbor Laboratory, Cold Spring Harbor, New York in 2005, a research engineering intern at Syracuse Research Corporation, North Syracuse, New York during 2002-2003 and an engineering intern at Sensis Corporation, DeWitt, New York in 2001. His research interests include information and coding theory, collective intelligence, signal processing and data analytics, sociotechnical systems, neuroscience, and computational creativity. Dr. Varshney is a member of Tau Beta Pi, Eta Kappa Nu, Sigma Xi, and IEEE. He received the Jin-Au Kong Award Honorable Mention for Electrical Engineering doctoral thesis, the Ernst A. Guillemin Thesis Award for Outstanding Electrical Engineering S.M. Thesis, a best paper award at the 2012 SRII Global Conference, the Capocelli Prize at the 2006 Data Compression Conference, the Best Student Paper Award at the 2003 IEEE Radar Conference, and was a winner of the IEEE 2004 Student History Paper Contest. He has received much recognition at IBM for his work on crowdsourcing, on data analytics, and on computational creativity.

What Do We Know About Matrix E...

Sit Back and Enjoy the Noise