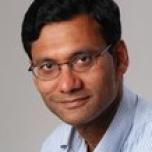 Kannan Ramchandran (Ph.D. 1993, Columbia University) has been a Professor of Electrical Engineering and Computer Science at UC Berkeley since 1999.  Prior to that, he was a faculty in the ECE Department at the University of Illinois at Urbana-Champaign from 1993 to 1999, and was at AT&amp;T Bell Laboratories from 1984 to 1990.   Prof. Ramchandran was elected a Fellow of the IEEE in 2005 for his contributions to the field of image and video communications. He has won several Best Paper awards (from the Signal Processing, Communications, and Information Theory Societies) for his research, has published extensively, holds several patents, and has held various editorial and Technical Program Committee positions in his field and he has won numerous awards for his research and teaching including:His current research interests include signal processing for large-scale distributed systems, coding for distributed storage systems, algorithms for scalable content delivery, multi-user information and communication theory, multimedia networking, and multi-resolution signal and image processing and wavelets.

What Do We Know About Matrix E...

Sit Back and Enjoy the Noise