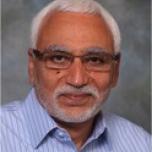 Abbas El Gamal is the Hitachi America Professor in the School of Engineering and the Fortinet Founders Chair of the Department of Electrical Engineering at Stanford University. He received his B.Sc. Honors degree from Cairo University in 1972, and his M.S. in Statistics and Ph.D. in Electrical Engineering both from Stanford University in 1977 and 1978, respectively. From 1978 to 1980, he was an Assistant Professor of Electrical Engineering at USC. From 2004 to 2009, he was the Director of the Information Systems Laboratory at Stanford University. His research contributions have been in network information theory, FPGAs, and digital imaging devices and systems. He has authored or coauthored over 230 papers and holds 35 patents in these areas. He is coauthor of the book Network Information Theory (Cambridge Press 2011). He is a member of the US National Academy of Engineering and a Fellow of the IEEE. He received several honors and awards for his research contributions, including the 2016 IEEE Richard Hamming Medal, the 2014 Viterbi Lecture, the 2013 Shannon Memorial Lecture, the 2012 Claude E. Shannon Award, the inaugural Padovani Lecture, and the 2004 INFOCOM Paper Award. He has been serving on the Board of Governors of the Information Theory Society since 2009 and is currently Senior Past President. He has played key roles in several semiconductor, EDA, and biotechnology startup companies.

The Audacity of Throughput - A...