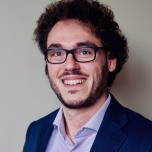 Marco Mondelli (M’13) received the B.S. and M.S. degree in Telecommunications Engineering from the University of Pisa, Italy, in 2010 and 2012, respectively. In 2016, he obtained his Ph.D. degree in Computer and Communication Sciences at the École Polytechnique Fédérale de Lausanne (EPFL), Switzerland. He is currently an Assistant Professor at the Institute of Science and Technology Austria (IST Austria). Prior to that, he was a Postdoctoral Scholar in the Department of Electrical Engineering at Stanford University, CA, USA, from February 2017 to August 2019. He was also a Research Fellow with the Simons Institute for the Theory of Computing, UC Berkeley, CA, USA, for the program on Foundations of Data Science from August to December 2018. His research interests include data science, machine learning, information theory, wireless communication systems, and modern coding theory. He was the recipient of a number of fellowships and awards, including the Jack K. Wolf ISIT Student Paper Award in 2015, the STOC Best Paper Award in 2016, the EPFL Doctorate Award in 2018, the Simons-Berkeley Research Fellowship in 2018, and the Lopez-Loreta Prize in 2019.