Skip to main content
In Memoriam: Piet Schalkwijk
Tribute to Piet Schalkwijk, who passed away on January 30, 2020. Han Vinck writes about Pieter's scientific career and his contributions to coding and information theory.
Feb 4, 2020 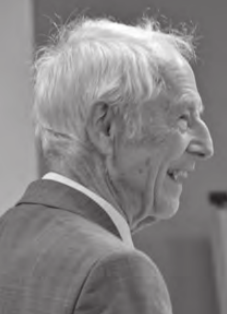 On January 30, 2020, the field of information theory lost one of its pioneers, Pieter Schalkwijk, who passed away at his home in Waalre, the Netherlands. After a short stay at the “Dutch Defense Organization RVO-TNO”, Pieter left the Netherlands in 1963 to do a PhD (1965) at Stanford with Tom Kailath. From 1965 to 1968 he worked at GTE-Sylvana in Boston followed by a 4-year period at the University of California at San Diego. In 1972, he joined the University of Eindhoven in the Netherlands as a full professor in Telecommunications. In Eindhoven he started a group on information and communication theory. The group was awarded with the qualification “excellent” from an external visitation committee in 1995.

He was also one of the founding fathers of the information theory community (WIC) in the Benelux, bringing in his USA experience. Pieter was well known for his clear and inspiring lectures and seminars. Through him, many students got involved in the new exciting field of information theory and its developments. His view on how to do research was exemplary for many of his PhD students. His 1966 paper "A coding scheme for additive noise channels with feedback: No bandwidth constraint,” in the Transactions on Information Theory received the best paper award from the IEEE IT Society.

Pieter further contributed fundamentally to concepts and techniques in a multitude of areas such as: convolutional codes, source coding, feedback coding, and the two-way channel. Pieter had a good sense of humor, telling many anecdotes that were information theory related during our coffee breaks.

He always had an open ear for the problems of his colleagues and students. He introduced a new view on how to do research at a high level and opened our eyes to the international community of information and communication theory. In 2016 his students celebrated his 80th birthday in Eindhoven (see Piet Schalkwijk 80th birthday  and the December 2016 Newsletter ).

Pieter is survived by his wife Susan, his daughters Karin, Lucy, Susanne, and his son Jan.

Messages to the family of Piet Schalkwijk can be placed at condoleance.nl