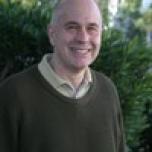 Sixty years ago, efforts by Marcel Golay to improve the sensitivity of far infrared spectrometry led to the discovery of pairs of complementary sequences. We will describe how these sequences are finding new application in active sensing, where the challenge is how to see faster, to see more finely where necessary, and to see with greater sensitivity, by being more discriminating about how we look.

Robert Calderbank joined Bell Telephone Laboratories as a Member of Technical Staff in 1980, and retired from AT&T in 2003 as Vice President of Research. He is currently a Professor of Electrical Engineering and Mathematics at Princeton University where he directs the Program in Applied and Computational Mathematics. Dr. Calderbank has served as Editor in Chief of the IEEE TRANSACTIONS ON INFORMATION THEORY and has been honored twice by the IEEE Information Theory Prize Paper Award. He was elected to the US National Academy of Engineering in 2005.

He is responsible for research innovations in a progression of voiceband modem standards that moved communications practice close to the Shannon limit. With Peter Shor and colleagues at AT&T Labs he showed that good quantum error correcting codes exist and developed the group theoretic framework for quantum error correction. With Vahid Tarokh and colleagues at AT&T Labs he invented space-time codes for wireless communication, where correlation of signals across different transmit antennas is used to improve reliability on fading channels. Most recently he has been exploring the mathematical foundations of active sensing.

From Two to Infinity: Informat...