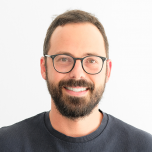 Josep Font-Segura received the PhD degree in electrical engineering from  Universitat Politècnica de Catalunya , Barcelona, in 2014. In 2008-2009, he was research assistant with the information signal processing group at  Columbia University , New York. Since 2014 he is research associate at  Universitat Pompeu Fabra , Barcelona, with the  information theory and coding  group.

Dr Font-Segura is a member of the  IEEE . He is recipient of a  ''la Caixa'' fellowship  for graduate studies in the United States, a best paper award at the  IEEE International Conference on Communications , and a  Juan de la Cierva postdoc fellowship  from the Spanish government. He was member of the organizing committee of the  IEEE International Symposium on Information Theory  in 2016, and he was vice-chair of the Spanish chapter of the  IEEE Information Theory Society  in 2018-2019. He also contributed as reviewer in several journal and conference publications of the IEEE society.

Dr Font-Segura's research interests are in the areas of information theory, mathematical physics, communications, and signal processing. He is author or co-author of 8 journal articles, 2 preprints, 22 refereed articles in conferences and 9 technical reports. His scientific output has more than 230 citations in the fields of cognitive radio, multiuser communication, random coding and exterior-algebra electromagnetism.