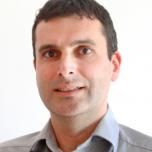 Gonzalo Vazquez-Vilar (S’08–M’12) received the Telecommunication Engineering degree from the Universidade de Vigo, Spain, in 2004, the M.S. degree from Stanford University, USA, 1039 in 2008, and the Ph.D. degree in communication sys tems from the University of Vigo, in 2011. From 2011 1041 to 2014, he was a Postdoctoral Fellow in the De partment of Information and Communication Tech nologies, Universitat Pompeu Fabra, Spain, and since 2014, he has been a Research Associate in the Depart ment of Signal Theory and Communications, Univer sidad Carlos III de Madrid, Spain.

He has held appointments as a Visiting Researcher at Stanford University, University of Cambridge, Cambridge, U.K., and Princeton University, Princeton, NJ, USA. His research interests include the field of Shannon theory, with emphasis on finite-length information theory and communications.