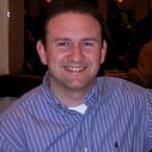 Prof. Baltasar Beferull Lozano received his MSc. in Physics from Universitat de València, Spain, in 1995, with Highest Honors (First in Class Graduation Award), and the MSc. and Ph.D. degrees in Electrical Engineering from the University of Southern California (USC) in May 1999 and October 2002, respectively. At USC, he was a Research (Fellow) Assistant in the Department of Electrical Engineering, the NSF Integrated Media Systems Center (IMSC) and the Signal and Image Processing Institute (SIPI), where he received several awards including the Best Ph.D. Thesis paper Award and the Outstanding Academic Achievement Awards (1999, 2002). In October 2002, he joined the AudioVisual Communications Laboratory, Department of Communication Systems, at the Swiss Federal Institute of Technology - EPFL, as a Research Associate, and also the Swiss NSF National Competence Center in Research on mobile information & communication systems (NCCR-MICS), as a Senior Researcher. He brings extensive experience in teaching and research projects in both the US. (having worked for AT&T Shannon Labs, formerly AT&T Bell Labs) and Europe, including the coordination or participation in European projects from the 6th and 7th Framework Program (STREPs, NoEs, and Marie Curie grants). He spearheaded several Swiss national projects and supervised 4 PhD Theses in which some of the results led to publications that are currently used as part of the selected mandatory reading in various US and European universities. In December 2005, he joined Universidad de Valencia, where he is now an Associate Professor (Profesor Titular), the Head of the Group of Information and Communication Systems and the Coordinator of the Máster “Advanced Sciences of Modern Telecommunications”. At the national level, since 2006, he has coordinated or participated in more than 10 projects (public & private funding), including a Consolider project “Foundations and Methodologies for Future Communication and Sensor Networks (COMONSENS)” (http://www.comonsens.org). He has co-authored over 70 technical publications, covering international journals of high impact and prestigious international conferences (acceptance rate < 15%), in addition to two US. patents. He has also given invited seminars and Máster & doctoral courses in more than 30 international institutions, as well as Plenary Talks, and has served on the TPC of (among others) the IEEE & ACM International Conf. on Information Processing in Sensor Networks, IEEE International Conf. on Acoustics, Speech and Signal Processing and IEEE International Conf. on Image Processing. He ranked first in the Ramón y Cajal Program of the Spanish Ministry of Science & Innovation in 2005. He received the 2006 IDEA Award in Novel Technologies, Fundación Ciudad de las Artes y las Ciencias (Generalitat Valenciana, Spain). He is a  Senior Member of the IEEE.

Group of Information and Communication Systems