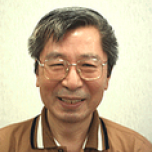 Te   Sun   Han  has been selec te d as the recipient of the 2010 Information Theory Society Claude E. S han non award. He will receive this award and present the next S han non Lecture at ISIT 2010.