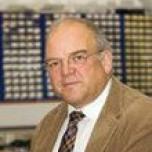 A.J. Han Vinck is a senior professor in Digital Communications at the University of Duisburg-Essen, Germany, since September 2014.  He is a member of the Digital Signal Processing group at the Electrical Engineering Department.

His interest is in Information and Communication theory, Coding and Network aspects in digital communications. He is the author of the book “Coding Concepts and Reed-Solomon Codes” .

P ositions in other universities and institutes

IEEE activities (a selection of)