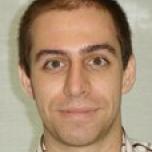 Javier (Javi) Del Ser was born in Barakaldo (Spain) in 1979. He joined the Faculty of Engineering (ETSI, www.ingeniaritza-bilbao.ehu.es) of the University of the Basque Country (Spain) to study Electrical Engineering, obtaining his combined B.S. and M.S. degree in May 2003. After finishing this degree, he became a recipient of the Fundacion de Centros Tecnologicos Inaki Goenaga doctoral grant, which allowed him to start working toward his Ph.D. degree at Centro de Estudios e Investigaciones Tecnicas de Gipuzkoa (CEIT), San Sebastian (Spain), in November 2003. In October 2006 he finally achieved the Ph.D. degree (cum laude) in Electrical Engineering. In addition, from 2003 to 2005 he was a teaching assistant at TECNUN (University of Navarra, www.tecnun.es). From August to December 2007 he was a visiting scholar at University of Delaware (USA), and from February to December 2008 he was an assistant professor and researcher at the University of Mondragon, Spain. Currently he is a researcher and project leader at the Telecom Unit of TECNALIA (www.tecnalia.org/telecom). His research interests are focused on communication and network information theory, iterative (Turbo) joint source-channel decoding and equalization, factor graphs, multiple user detection and heuristic algorithms for optimization problems related to densely deployed wireless sensor networks, fields on which he has published more than 75 technical papers and conferences, given several invited talks, co-supervises 6 PhD thesis (1 already defended), has submitted 2 patents, and participates in several basic and applied research projects. He has also been involved in the organization of various national and international conferences, either in charge for chairing positions (e.g. Symposium co-chair of Chinacom 2010, workshop/special sessions co-chair of MOBILIGHT 2010, publicity co-chair of CTRQ 2010, ICN 2010, ICDT 2010, AICT 2010, industry co-chair of MACOM 2010), or as a TPC member (e.g. IWCMC 2008, CTRQ 2009, WIMOB 2009 & 2010, PIMRC 2009, EUSIPCO 2009 & 2010, ICUMT 2009, ICC 2010, GLOBECOM 2010, WICON2010-PHY and SIGMAP2010 among others). Dr. Del Ser is listed in the 2006, 2007, 2008 and 2009 editions of Who’s Who in the World. He has also been granted twice with the Torres Quevedo contract grant from Spanish Ministerio de Ciencia e Innovacion (2007 & 2009), and is a member of IEEE Communications, Signal Processing, Information Theory and Computational Intelligence societies.