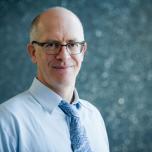 Mike earned a BSc in Applied Math from MIT and a PhD in Theoretical Computer Science from UC Berkeley.
He founded Digital Fountain Inc. in 1999, and served as CTO until acquired by Qualcomm Inc. in 2009.

He is a member of the National Academy of Engineering, and is an IEEE Fellow and an ACM Fellow.