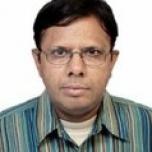 B. Sundar Rajan (S'84-M'91-SM'98) was born in Tamil Nadu, India. He received the B.Sc. degree in mathematics from Madras University, Madras, India, the B.Tech degree in electronics from Madras Institute of Technology, Madras, and the M.Tech and Ph.D. degrees in electrical engineering from the Indian Institute of Technology, Kanpur, India, in 1979, 1982, 1984, and 1989 respectively. He was a faculty member with the Department of Electrical Engineering at the Indian Institute of Technology in Delhi, India, from 1990 to 1997. Since 1998, he has been a Professor in the Department of Electrical Communication Engineering at the Indian Institute of Science, Bangalore, India. His primary research interests include space-time coding for MIMO channels, distributed space-time coding and cooperative communication, coding for multiple-access and relay channels, with emphasis on algebraic techniques.

Presently, Dr. Rajan is an Associate Editor of the IEEE Transactions on Information Theory, an Editor of the IEEE Transactions on Wireless Communications, and an Editorial Board Member of International Journal of Information and Coding Theory. He served as Technical Program Co-Chair of the IEEE Information Theory Workshop (ITW'02), held in Bangalore, in 2002. He is a Fellow of Indian National Academy of Engineering, a Fellow of Institution of Electronics and Telecommunication Engineers, India, and recipient of the IETE Pune Center's S.V.C Aiya Award for Telecom Education in 2004. Also, Dr. Rajan is a Member of the American Mathematical Society.