Skip to main content
Call for Papers: Beyond IID in Information Theory 9
“Beyond IID” is an exciting workshop (Sept 27 - Oct 1, 2021) on information-theoretic ideas beyond the strict asymptotic limit, aimed at bringing together researchers from a range of different backgrounds. Submission deadline: July 31, 2021. 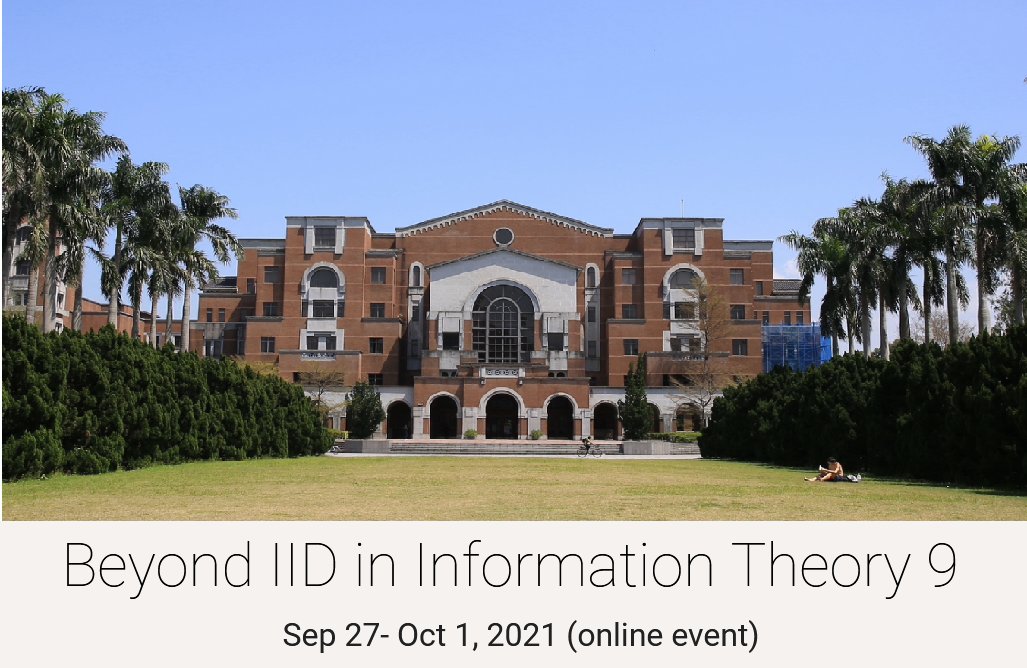 "Beyond IID in Information Theory" started as a workshop in Cambridge, UK in 2013, as a forum for the growing interest in information-theoretic problems and techniques beyond the strict asymptotic limit, and aimed at bringing together researchers from a range of different backgrounds, ranging from coding theory, Shannon theory in the finite block length regime, one-shot information theory, cryptography and quantum information, all the way to quantum thermodynamics and other resource theories.

Quantum Shannon theory is arguably the core of the new “physics of information,” which has revolutionized our understanding of information processing by demonstrating new possibilities that cannot occur in a classical theory of information. It is also a very elegant generalization of Shannon's theory of classical communication. The origins of quantum Shannon theory lie in the 1960s, with a slow development until the 1990s when the subject exploded; the last 10-25 years have seen a plethora of new results and methods.

In recent years, both in classical and quantum Shannon theory, attention has shifted from the strictly asymptotic point of view towards questions of finite block length. For this reason, and fundamentally, there is a strong drive to establish the basic protocols and performance limits in the one-shot setting. This one-shot information theory requires the development of new tools, in particular non-standard entropies and relative entropies (min-, Rényi-, hypothesis testing), both in the classical and quantum settings. These tools have found numerous applications, ranging from cryptography to strong converses, to second and third order asymptotics of various source and channel coding problems. A particularly exciting set of applications links back to physics, with the development of a resource theory of thermodynamic work extraction and, more generally, of state transformations. Physicists have furthermore found other resource theories, for instance, that of coherence and that of asymmetry, which are both relevant to the thermodynamics of quantum systems and interesting in their own right.

The whole area is extremely dynamic, as the success of previous "Beyond IID" workshops has shown.

The present workshop, the ninth in a series that started in 2013 in Cambridge, will bring together specialists and students of classical and quantum Shannon theory, of cryptography, mathematical physics, thermodynamics, etc., in the hope to foster collaboration in this exciting field of one-shot information theory and its applications. The plan is to have a modest number of talks over the course of the week. Participation is open to all.